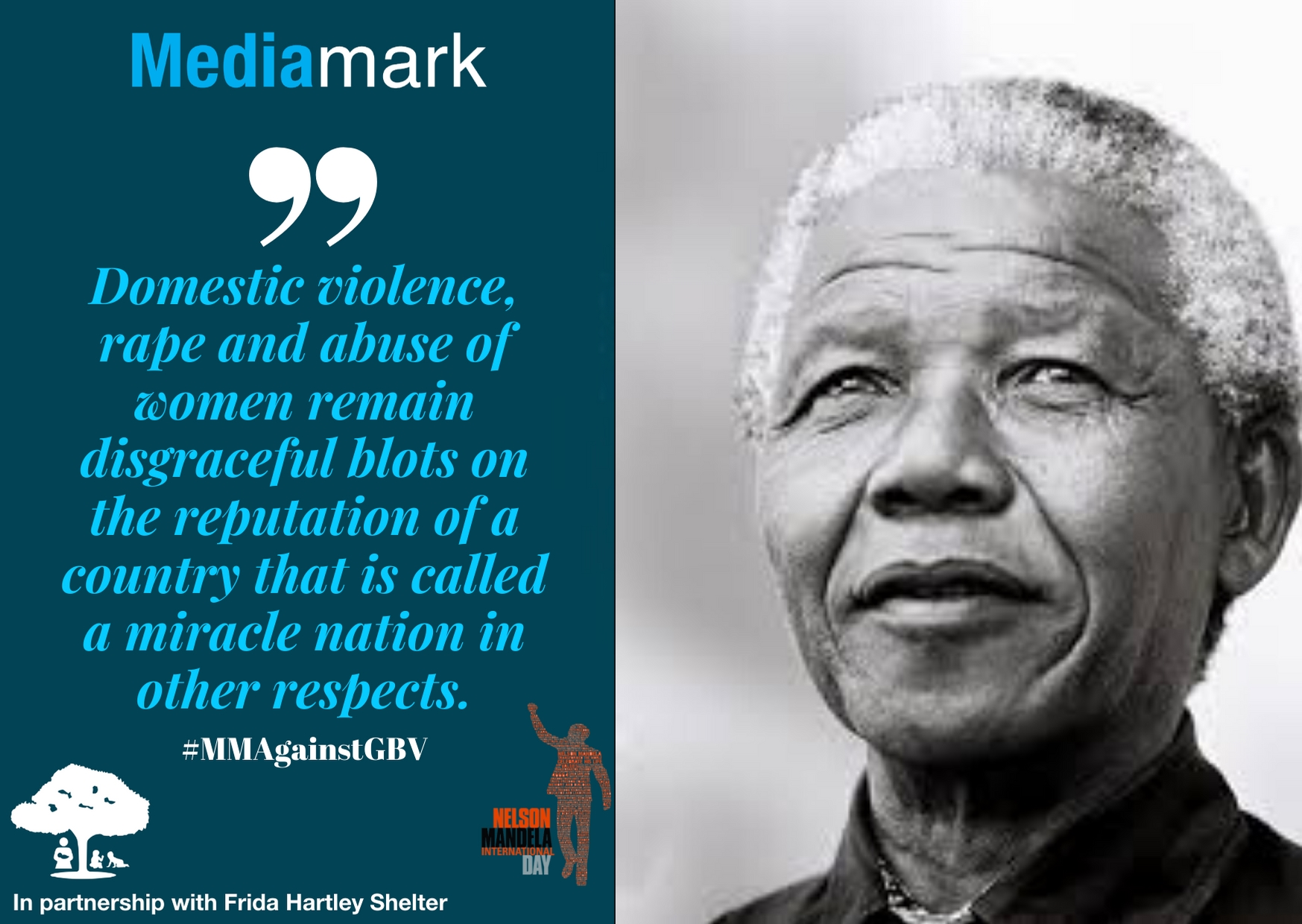 Mediamark is taking a stand against gender-based violence in honour of Nelson Mandela Day and Women’s Month 2020.
The media sales house has called on the industry to donate R67 from Saturday, July 18 to Monday, August 31. Mediamark will be donating up to R10 000 to match employee and client contributions.
South Africa has seen a surge in the number of domestic violence cases during the COVID-19 lockdown, with President Cyril Ramphosa warning in June that the country was facing two pandemics.
Just several months earlier, Ramaphosa labelled South Africa one of “the most unsafe places in the world to be a woman”.
Mediamark will be using its platform to shine a light on the plight of women and children in the country through its ‘Let Your Voice Be Heard Against GBV’ campaign.

Charlie Wannell, Mediamark Head of Marketing, says the audio and digital campaign was inspired by the heartbreaking stories of violence documented in the media.

“In recent weeks the women and men of Mediamark have been outraged by the ongoing femicide and gender-based violence that has been plaguing our country during lockdown.

Our employees even went as far as recording this moving tribute. Therefore, we thought it would be fitting to help those organisations who support gender-based violence victims with a campaign aimed at using the might of Mediamark’s muscle – our brands and people.

Tshepo Pule, Head of Content at Mediamark, added: “Using our collective creativity and outrage as a motivator, together with the power of our radio and digital brands, we have developed a comprehensive strategy. It will be aimed at really making a difference and generating ongoing awareness – especially to those who are afraid to speak out.”

The ‘Let Your Voice Be Heard Against GBV’ campaign will see radio personalities and Mediamark staff sharing their “voices” with a view to encourage action against gender-based violence.

Mediamark has also chosen to partner with Frida Hartley Women Shelter, which is headed up by the passionate Nondumiso Hlabane.Hlabane says: “One of the most important things that we pride ourselves with as an organization is that we don’t just give women a second chance but we also give them a future, we ensure that women take back their power in abusive situations by empowering them with skills and tools that will enable them to fend for themselves, find employment or start their own businesses.”

Please email us if you would like to support or need further information about the campaign.